Thank goodness for rain! It’s been a stressful growing season because of the drought hitting the Prairies this year. Spring came on in full force in April, at least a month early, and summer followed suit, showing up at the end of May. Not that we’re complaining—we love a longer growing season in our Zone 2 market garden. But the accompanying drought has been really scary, and it’s not easing up yet, even with the rain. 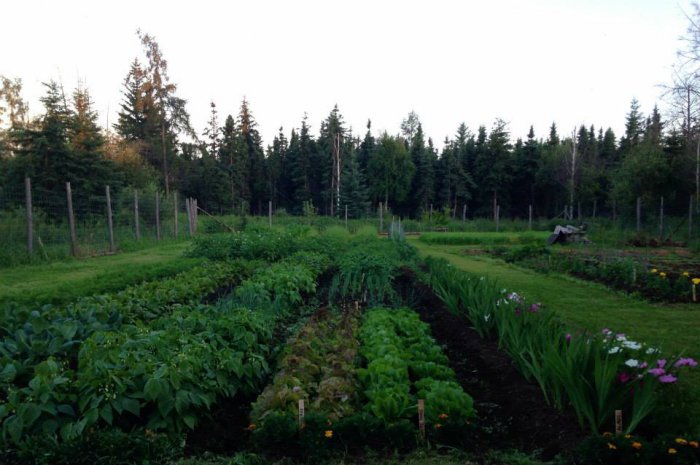 Our county went through a terrifying drought about six years ago, when we were declared an agricultural disaster zone because of the dryness and accompanying grasshoppers. Two years later, we were under water with spring floods and again declared a disaster zone, this time because thousands of acres had turned to mud. Climate change is very much a reality—just ask a farmer.

This summer is definitely trying for the crops and the trees. The shelterbelts around the fields are suffering (poplar doesn’t do well in too-dry temps), and farmers with large-scale operations can’t water their crops. They just have to hope for rain. 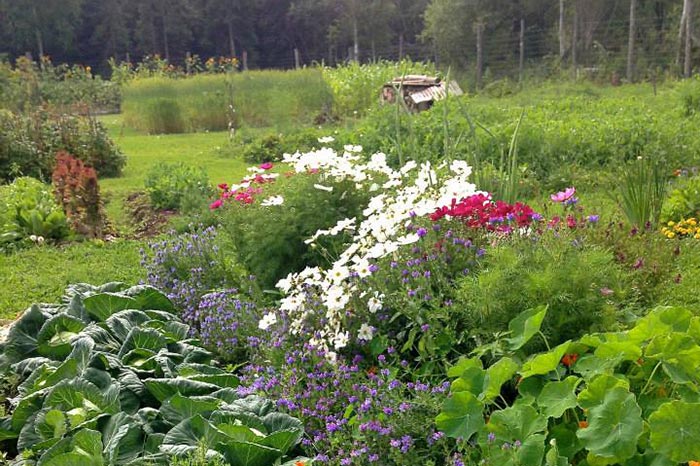 We’re lucky in our small market garden. We’ve always striven to keep our growing area to a square footage that’s manageable by two people working full time, so we can water most of our crops by hand and nudge them through the tough times. The garden is looking amazing with the warm, long days, and now that the temperatures are back in the cooler mid-20Cs, everything is blossoming and producing like mad. 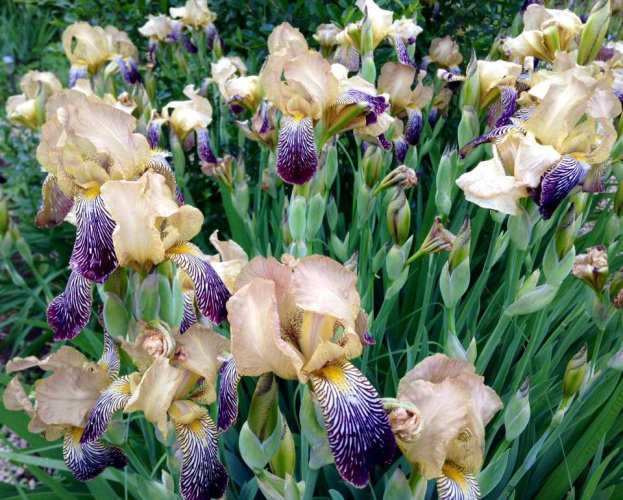 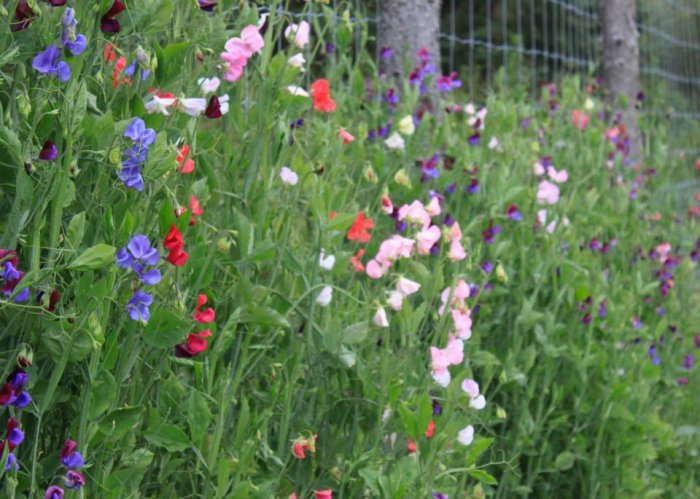 Much of the year, we deal with the troubles associated with growing on muskeg in a frost hollow, but during drought summers, our little garden holds its own with tenacity. There’s still moisture deep in the soil, and the plants stretch down thirsty roots. Our cool frost hollow nights combat the hot midsummer days. It’s a time of lush growth and amazing beauty, even though we are fiercely aware of the drought we’re in and the need to monitor water so carefully. Every moment on the land asks for mindfulness.